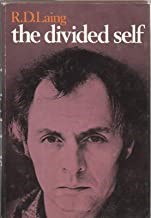 A note to Elon Musk

You grew up in South Africa, like me. So you know about the problems – practical and ethical – involved with the repressive apartheid regime.

I became aware at an early age – when I was 12 – about the horrors of apartheid, The injustice done to four fifths of the population, because they had a different skin color! The Nationalist government came to power in 1948, and instituted its apartheid policies with a vengeance. Several of the party leaders were openly sympathetic with the Nazis during World War 2. Some were even interned to keep them from spewing their hateful propaganda. Yes, talking of freedom of speech – there are good reasons to curtail that freedom during a war. There were severe restrictions on what you could say and what could be reported in Britain, the United States (“loose lips sink ships”), in South Africa and other allied countries. We wouldn’t have argued against that. Would we, Elon?

I wanted to protest against the tyranny of the apartheid government, When I was at university, I participated in various protests, and then had to deal with government spies trying to find out more about what I really thought, the government tapping my phone and reading my mail, and more. I had several friends who spent long periods in jail for no reason other than their anti-apartheid views. People like Helen Joseph, a mild-mannered but sincere critic of the government’s policies, were put under house arrest, meaning they couldn’t be quoted; they couldn’t attend meetings of any sort; they had to stay home from 6 pm to 6 am every day. And more. This is when we cried out: “Let them speak!” We demand free speech!

The repressive government was terrified of people expressing themselves freely. When we campaigned for freedom of speech, this is what we meant – having the ability to express our convictions about justice, about truth, about what sort of political future we wanted for South Africa. A non-violent all-encompassing, all-loving view of the future. We were influenced by old-fashioned ideas of justice and by the ideas coming out of America at the time concerning social harmony, love, justice and equality for all. We went to hear Bobby Kennedy talk at our university in Johannesburg, and praised his message of peace and goodwill to all. Talking of peace and goodwill for everyone – wasn’t there an influential preacher called Jesus of Nazareth who preached this 2000 years ago? We weren’t radical revolutionaries looking for violent overthrow of the state. What we were advocating was not foreign to the mainstream of Judeo-Christian ideology of the western world.

Remember those times, Elon? The times we protested against the government curtailing our freedom to speak what we thought? Remember the times we privileged white guys sat around enjoying some dagga, listening to music, having a good time, but being restricted from what movies we could see – nothing where whites and blacks got on toot well together; no interracial kissing; no respectable black folks – we had to watch banned moves like ‘To Sir With Love’ furtively in our living rooms with curtains drawn. That was when a call for freedom of speech was called for. Although, if you called for that freedom to much, that was a sign you were an agitator, and your freedom to speak could quickly get seriously curtailed.

Freedom of speech. This is what was sought by those in Nazi Germany who opposed the Nazi regime. People like Sophie Scholl were executed just for distributing pamphlets at their university. Freedom of speech is what is sought by Ukrainians suffering under the oppressive Russian boot, and by others in repressive societies around the world – Egypt, China, Iran, Myanmar, Pakistan, and others.

The concept of “freedom of speech” has now been twisted and perverted by people who want to spread hate speech itself. They speak of “freedom of speech” like it was some sort of holy commandment which we all must obey – and they want it to allow them to say any kind of idiotic thing, any sort of hateful, vitriolic attacks on individual people, slander and lies – and be immune from the consequences.

Think about it, Elon. Should Alex Jones have the “freedom of speech” to spread his lies about victims of horrific gun violence—this victimizing them twice – so he can line his pockets with the cash of his blatantly ignorant flock of fellow haters? Should people have the freedom to use the N-word to denigrate African Americans? Or the K-word against blacks in South Africa? Remember that, Elon?\

I could go on citing numerous examples of unpleasant and hateful speech that flourishes in some dark corners of the internet, but let’s just take a moment to think about exactly what is meant by “freedom of speech”, and what we, as responsible social beings, expect from one another when it comes to useful discourse. Only a child (or an out-of-control anarchist) would think that “freedom of speech” means you can say whatever you like, whenever you like, to whomever you like. Children learn, as they grow older, what the appropriate boundaries of speech are in different settings. I know some young boys who freely use four-letter words when amongst their mates, but are smart enough to be polite and more restrained around their teachers.

As anyone whose thought about it knows, “freedom of speech” doesn’t mean you can yell “Fire!” in a crowded theatre. Or, make false, hateful claims about another person – that’s slander. Or make false claims about a competitor’s products. Or reveal state secrets. (You have a security clearance for the U.S. Government, don’t you?) And the list goes on …

Freedom of speech in the U.S. includes actions – such as burning the American flag. The Supreme Court granted that citizens should be allowed to express themselves in that way, even though some others may find that abhorrent. We, as Americans are also free to say what we want about God or Jesus, or Mohamed without being subjected to severe punishment or even death. Think about the restrictions on such freedom of action-speech in Iran, China, Russia (remember Pussy Riot?), Myanmar and more.

Elon, let me talk to you as one happy dagga-smoker to another: The aim of our lives is to attain to harmony, love and joy between us all. Think of a good party. I threw many parties when I was in South Africa, and ran a DJ business. My job was to make people happy, have them dance, enjoy themselves, be happy with one another. I got pretty good at giving parties. I learned that the best way to be a good host was for me to enjoy the party and let others enjoy it too. I supplied some nice South African wine, sometimes a punch laced with tequila, and the DJ entertainment with the latest music from the States and England, and an array of flashing colored lights, smoke machines, bubble machines, Chaplin movies and so on. Others contributed, too, sometimes with exotic substances that changed one’s perceptions of reality – you know what I mean, don’t you?

All sorts of people came to my parties. We had straights, gays, whites, blacks, men and women, Afrikaans and English-speakers, all having a good time. You could do whatever you wanted – except get into someone else’s space, or harass or injure anyone else in any way. We didn’t have to say that – people just got into the spirit of the party. We even had a South African cop come and participate in one of our parties for a while – he had come to the door to ask us to turn down the music. We invited him in, invited him to have a drink and enjoy a cigar and whatever else was on offer. He did! We all had a laugh after he’d gone, and Jimmy, our black friend came out of his hiding place in the toilet. The cop could deal with some infractions of the law – loud music, smoking weed, etc., but we weren’t going to risk having him find out the party was multi-racial!

Anyway, to cut a long story short, what I learned was that the best way to have a party, to allow others to have fun, was to act like I was a guest at my own party — chat to this person, dance with that one, hold hands with another, and more. You get the idea. That’s the no-stress method of allowing others to have a good time!

I would suggest that you try that out with Twitter, if it’s not too late. Just extricate yourself from the situation and let others run it and make reasonable rues about what can be said and done on the platform. It’s not just speech, it’s also action. Action-speech and verbal speech, written speech – it’s all part of how we express ourselves to one another – ultimately we can think about such actions in one simple way – is the person well-intentioned or otherwise? You might find you can create a harmonious platform for people to interact, learn from each other, have discussions and productive arguments (not knock-down arguments where one person tries to belittle and berate one or more others).

I hardly ever had to do anything to maintain harmony at any of my many parties – everyone generally just got into the spirit.

No, let me tell you the truth here, folks. Freedom of speech is not some sort of blanket permission to talk rubbish, to say hurtful things, to blatantly lie with intent to gain power or money, and more.